This weekend I also played a big 3k game on Universal Battle with Grant Fetter. It was another Screw City practice game, as I try to get as many games in as possible with the Bell before lists are due (and make lots of little changes here and there to test things). Grant's list was a very cool, non traditional Ogre list with 2 Giants and 2 big gribblies with a Thundertusk and a Hunter riding a Stonehorn. Also lots and lots of Ogres. 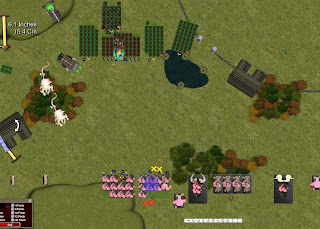 After a first turn of solid shooting and magic, Grant could see how things were going and need to get stuck in fast. He charged into my Hellpit and I did 12 or so wounds in return to crush the Ogres on the left but they held Steadfast. In the middle my magic and shooting chopped down the Ironguts to a non-threat fast, but they still marched forward. A Skitterleaping brass orb scatted back and only killed 1 Mournfang, but also killed the lobbing Warlock. 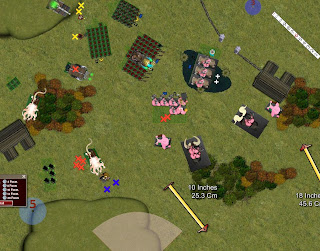 The Beast Butcher got away and never did get finished, as Grant used his Thundertusk with great success to give my HPA always strikes last and charged it with a Giant, who killed the HPA. In the end though the Doomwheel was able to steal some points and kill the Giant in return with lightning bolts. In the middle the Ironguts waffled a bit before getting into the bell, but eventually stuck in. The Mournfang started charging all of my outlying units and wiping them all off the board. 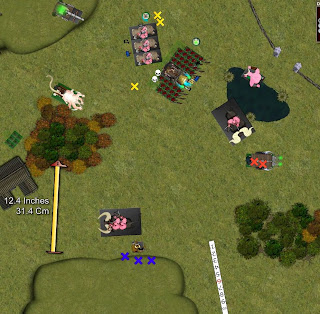 In the end the Bell still stood and I finished off the BSB, General, and Gut Star with the Bell unit. They have been performing so well, but I still have not played them against a serious artillery threat which will spell the end of their great run, I expect. The game ended with me only winning by 160 or so points, which will probably be a draw depending on the Screw City GT rules, but Alex has been known to only require a win by 100 points.