Not Warhammer Online, but Online Warhammer. Universal Battles is a website with build in models, dice rollers, chat system, and everything you need to play an actual game of Warhammer over the computer other than the rules and army list in front of you. I set up to play a small 500 point game with Ogres vs Lizardmen to show Matt (@Mansell84) how to use the site and get used to play Warhammer with the computer. 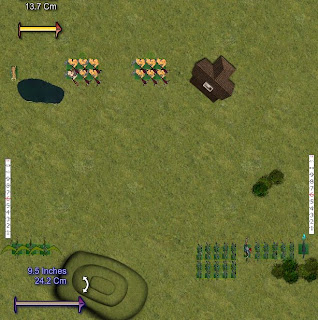 Looking at the army I realized my two Bull blocks and single Sabertusk were largely outgunned, but I would do what Ogres do best: push it forward. I moved forward and the Terradons dropped rocks on the Sabertusk, but failed to do any wounds. Turn 2 I failed my long charges and the Terradons charged the rear of the Sabertusk, lost a model but still beat me, but then failed to run me down. 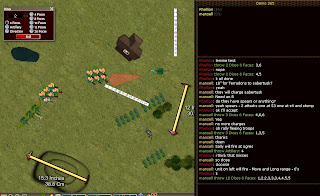 I declare charges again and all of the Skinks and Terradons flee, but this time a unit of Skinks fails to rally and runs off the board. My Sabertusk continues to flee. The 1+ armored Scar Veteran charges into the Bulls without my Bruiser and breaks them, but fails to run them down. This allowed them to rally the next turn. The Salamander continued to miss his mark, which could have made for some key panic tests. 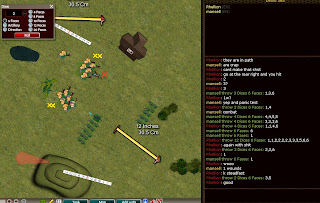 As the Scar Vet charged the Bulls again, this time they held strong after the combat, setting up a flank charge by the second Bull unit and the Bruiser, which finished off the Lizardmen general. With only 1 turn left I entered the building with one unit of Bulls and tried to take cover with the other, and avoid any panic tests that could lose me the game on the last turn. I held out, and the Ogres were able to take the victory. 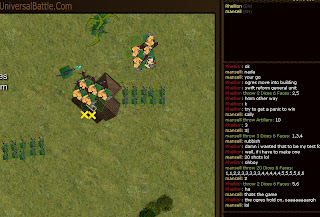 Matt and I are going to play another, full game soon with ETC comp lists. It's pretty amazing to be able to play Warhammer with someone from the UK while still in the US, and even though it does make games take a bit longer you can still play some quality Warhammer.