We've got 4 players signed up and we will be starting up next month with our Tale of 4 Gamers league for Warhammer Fantasy Battles.

Good choices for army balance in the league, IMO, as we have none of the top 3 "power armies" (daemons, vampire counts, dark elves).

The purpose of the league is for the 4 participants to build and play a series of games with fully painted armies. In each of the 4 periods, we will submit an army list, then have 3 weeks to build and paint before playing games with that list.

Points will be tallied based on army performance as well as army completion and painting quality, judged by the other participants.


Any comments with experience running a Fantasy To4G?


Next To4G post will be Period 1 army selection and WIP! 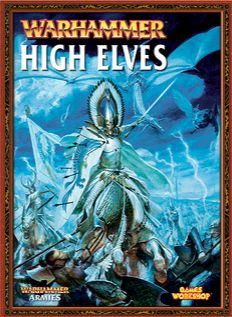