Planetstrike League comes to an end.

I finished up my games against Tau in the final round of the Planetstrike League this Tuesday. The mission was Forlorn Hope, which basically was a capture the flag game that gave either army a possible turn 1 victory!

In my attacking game I was able to deep strike Marneus Calgar on turn 2, and capture the flag on turn 3 without any real opposition. In my defending game, my opponents Tau suits who were attempting to capture thier flag got assaulted by my 10 Assault Terminators and Marneus Calgar through an escape hatch. In the end, when the dust settled, the fearless, feel no pain buffed unit had one model with one wound left... the flag holder!!! So we split our games.

Overall I went 4-4 in the Planetstrike League. 2-0 vs Daemons, 1-1 vs Eldar, 0-2 v Orks, and 1-1 vs Tau. I had a great time. It was an excuse to field armies I would never otherwise be allowed to take (except in Apoc), create some amazing and difficult terrain setups, and play some scenarios new to everyone in the league on a fair setup of one game each attacker and defender. Mad props to Forbino of 40K Fight Club for putting the league together.

If you're in Michigan, or anywhere near another Chapter across the USA, check out 40K Fight Club for more info on league action.

Here are some photos from Tuesday night. A few league games, as well as a few regular Tuesday night pickup games. 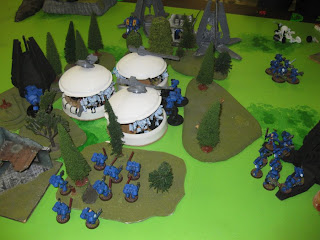 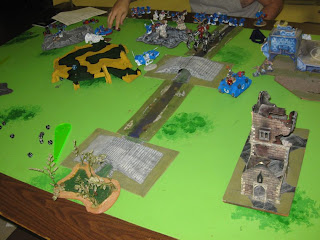 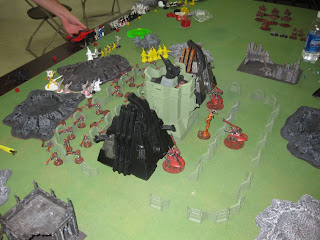 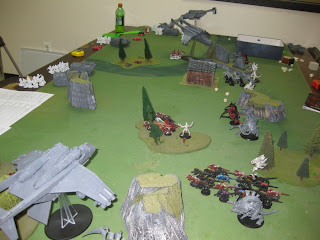 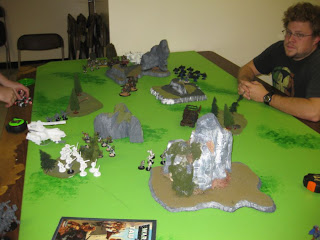