It's Period 2 Game 2 of the Ordo Fraternitas Planetstrike League. Yesterday's mission was the Planetstrike game Desperate Assault. In Desperate Assault, the attacker gets to place a beach head forward bastion with a unit inside, then if he wishes D3+1 units on the board within 12" of his board edge. The attacker also has his Firestorm bumped up to S10. Before this game started, I was 2-1 after losing my second period game 1 as the attacker. This week was my turn to attack vs Eldar. I deployed 5 bastions, and with the Eldar beach head there were a total of 6 objectives. The final objective of the attackers in desperate assault is to contest or hold every unheld objective by the defense. Basically, if I totally control even a single objective I win.

Here is my setup, and our armies. As expected, Brad (the Eldar player) brought lots of Aspect Warriors. 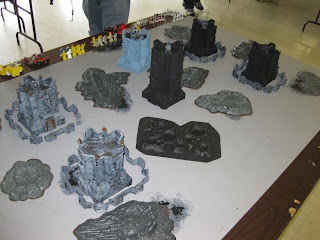 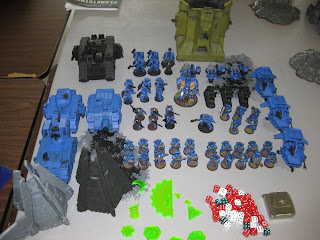 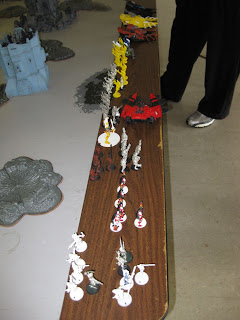 In the remaining pregame phase, we declared our Strategems. My announced pregame was Void Shield on the center double bastion, and a drop bastion. I also had an escape hatch on the center bastion for my planned Terminator Assault Squad that was to be deployed. The Eldar announced Scorched Skies for an extra Firestorm die (2D6+Objective count), Webway Assault for his reserves, and Sustained Assault for a unit of Wraithguard.

In the Firestorm, I came through relatively unscathed. He rolled 14 total Firestorm attacked, and destroyed a few of my Interceptor guns, and Stunned most of my bastions.

During the first turn, 5 of his reserves arrives in his drop zone, and did minimal damage as they arrived. On my turn I revealed my escape hatch stratagem, and charged my Assault Terminators with Chaplain attached out towards the Avatar. My Land Speeder squadron and Predator came in from the flank to offer fire support to the terminators with more Eldar units on the flank. The Land Speeders halve the Wraithguard unit on that edge, while in the assault phase the Terminators annihilate the Avatar without suffering a single casualty. 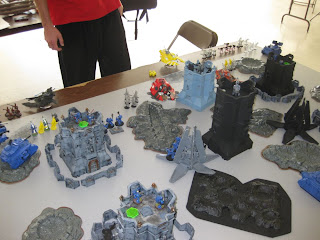 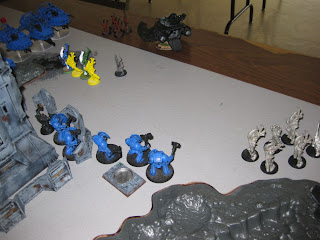 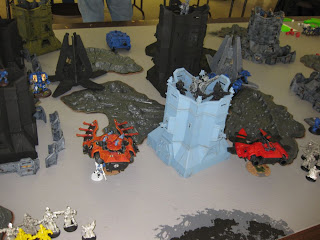 In the next Eldar turn, his reinforcements arrive. Fire Dragons fly onto the board and disembard, destroying one Land Speeder and Stunning the rest. The Wraithguard destroyed 2 weapons on the Predator, and 2 units of Warp Spiders jump onto the board, and along with another unit of Wraithguard totally wipe out my Assault Terminators in the shooting phase. On the other side of the board, a unit of Wraithguard bloy a bastion, then assault and wipe out the unit of Scouts inside, with only Telion surviving to retreat and fire again. 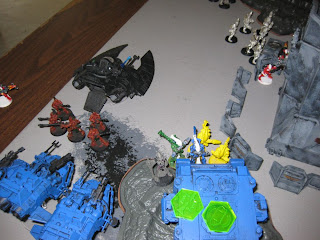 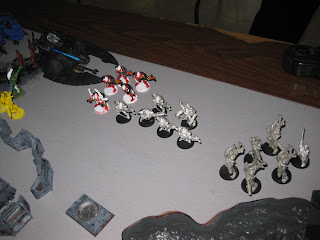 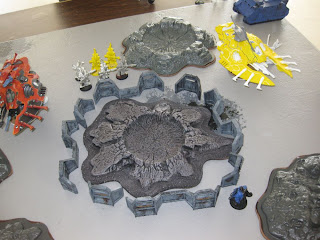 On my turn I returned the favor by wiping out the Warp Spiders with a Sternguard squad marching through dangerous terrain, my Librarian with The Avenger power, and the automated guns and 2 units shooting from bastions. At the other end, my Venerable Dreadnought blows a Wave Serpent. 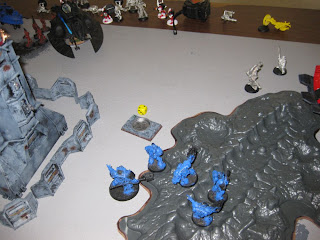 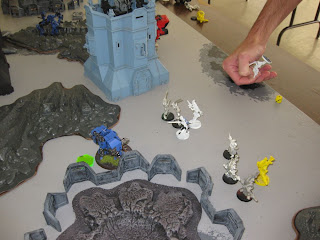 Turn three was rough for my impact troops. After only 1 turn on the board where it again stunned the Eldar beach head, my Land Raider was taken out by a Bright Lance. My Venerable was also immobilized and lost its CC arm to another Bright Lance. The Dread was then killed as the Wraithguard assaulted it. 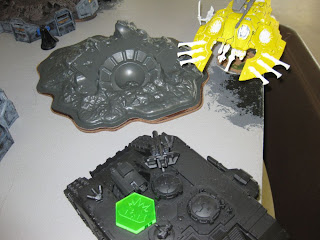 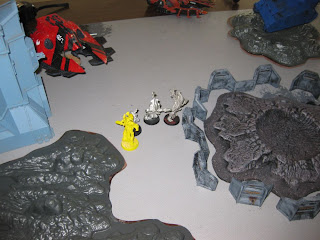 On my turn I tried to regain my rear right quadrant with the Scout Bikes. I knew it would be a tall task with Banshees inside of that WS. The failed to blow it with the Astartes Launcher, and waited out the return. 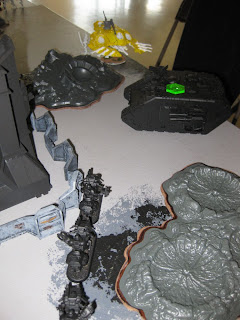 The rest of the game was mainly strategic movement to capture objectives and thin the enemy forces. The Scout bikes held up the assaulting Howling Banshees in the WS for a full turn and a half, while an Attack Bike turbo boosted across the battle field to capture the drop bastion. When the Banshees finally destroyed the Scout Bikes, they captured BOTH bastions in the area. The Attack Bike positioned himself to fire, along with the unit inside and other automated weapons dropped the Banshee squad to just one Aspect Warrior left, no longer stopping me from holding the last bastion.

On the other side of the board a unit of Banshees down to the last member held another bastion. A Wave Serpent was able to weather The Avenger again to hold the center bastion. The Without Number unit of Wraithguard were able to march onto the board and capture the upper right objective. But again for the second time in the Planetstrike League, a lone attack bike has won the game for me by capturing an objective late in the game and surviving the final turn. 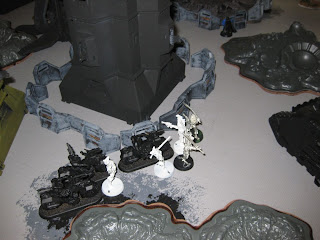 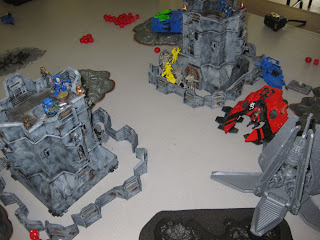 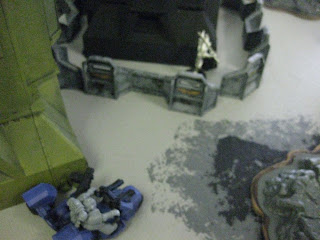