I finally got some pictures of the terrain I've been building, painting, and using for the Planetstrike League. The minimum for the league is 1 Bastion and 1 Aegis Defense Line of your own for each game, in addition of the plethora of club terrain found at Pandemonium. So far many people have brought their own terrain, and combined with the club and store terrain have put together some great looking battlefields (see previous Planetstrike posts). 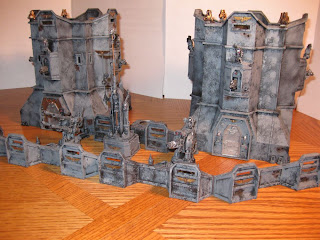 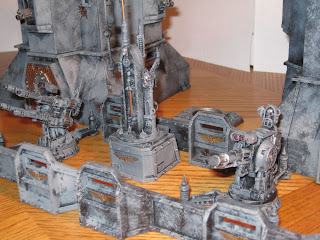 I've also been using some craters I bought at Pandemonium, and the Games Workshop Blast Scape set of vac-form terrain. I went to Home Depot and bought some hard board and stenciled on the outlines of the terrain pieces. I then cut them out and mounted the terrain to the hard board with epoxy. The plan is to base the edges, and then prime and paint in a similar scheme as my Ultramarine's bases. So far it has worked great, and while they are more bulky to transport, they are a much higher quality to use on the tabletop. 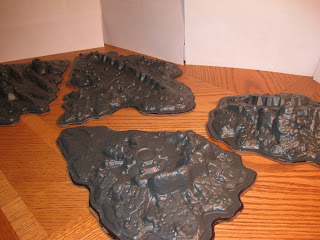 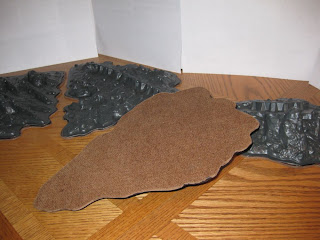 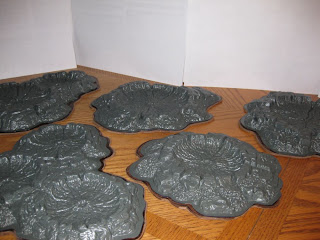 Also, I changed the name of the blog! Since it has become more of a hobby blog than an Ultramarines WIP diary, I've renamed the blog 'Rhellion's Tabletop' from the former name '4th Company'. It also helps that I found another blog already named 4th Company. I didn't want to rain on his parade. Haha.
Posted by Rhellion at 8:38 PM