Using resin bases for your army!

I decided before starting my Space Wolf army that I wanted my entire army to be on resin bases to make it look like they were fighting on plains of ice and snow on Fenris or another icy planet. To me, resin bases are a perfect way to add that special touch to your army to really make it stand out. I went with Dragonforge Design resin bases from the Broken Wasteland series. The Broken Wasteland series is advertised with a post-apocalyptic wasteland paint scheme, but I wanted to use the bases for my Space Wolves! So here is what I did.


First I cleaned up the resin base with soap and water, like you should whenever you get a resin model. 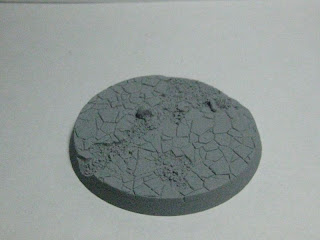 Then I primed my base white. After priming them white, I washed the whole surface with Asurmen Blue GW Wash. 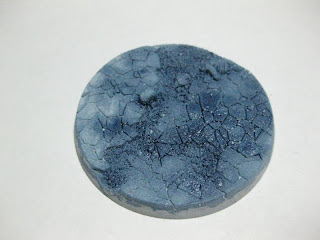 After the wash dried, I dry brushed the base surface lightly with white. I then finished up the base with 2 more light coats of white. Touched up any details on the base (this base had a ribcage and a skull). Then edged the base black. 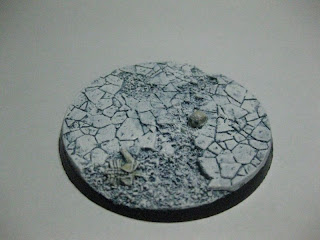 Then Finish up by gluing down my freshly painted Wolf Lord riding a Thunderwolf. He looks much better with the scenic base, and as a group it really adds the extra detail to make the army look special. So far this is most of what I have painted and based in my Space Wolf army. Check out some of the resin base sites out there. It isn't too expensive, but the cost really will enhance your armies look and feel.
Posted by Rhellion at 8:43 PM