I picked up a thunder hammer Terminator from the Space Hulk boxed set, planning on making him my First Company Captain for my Ultramarines. I don't play Codex marines anymore, so I converted the model into an interesting Lone Wolf with a thunder hammer who would normally focus on Monstrous Creatures (where the chain fist Lone Wolf would focus on armored vehicles). So here he is, first as received, then as originally modified, and now the current after final modifications including a new thunder hammer weapon and storm shield arm. 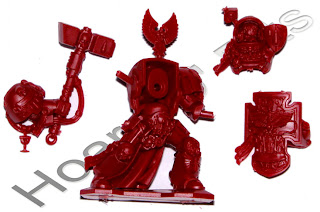 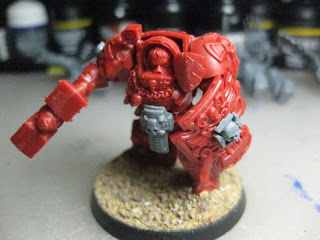 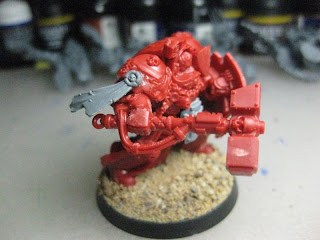 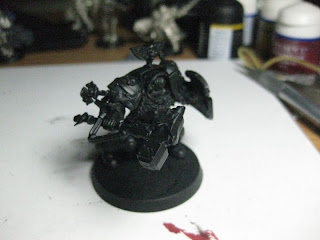 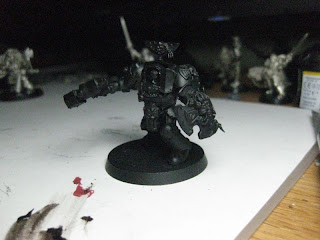