The Galus Crusade is a 40K Fight Club-wide campaign event that is beginning now! Galus V: Endgame is the latest chapter in the club's campaign, and this will be my first time taking part. For more information on the history of the Galus Crusade, download a pdf of the detailed history here.

Speeding towards the distress call coming from the Galus Sector and Gallad Prime, young Wolf Guard Battle Leader Brom Wolfheart paced anxiously in his chambers. It was his first time leading such a massive war party without the guidance of his Wolf Lord, Ragnar Blackmane. Brom was sent due to the short, and frantic notice coming from The Ballast, with hopes that his strike force could stem the tides of Chaos from overtaking the system. He must hold out at the very least until reinforcements from his Great Company arrive.

Pacing the deck of his chambers, he longed to mount his trusted friend and Thunderwolf, Jer'fang, and lead his Claw into battle. The drop to the surface of Gallad Prime and The Ballast was being prepared. A great Claw of Russ would rain from the skies, and Chaos would be stamped out before the other forces of the Imperium even arrived! 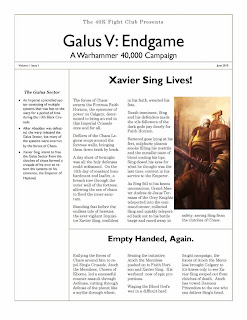 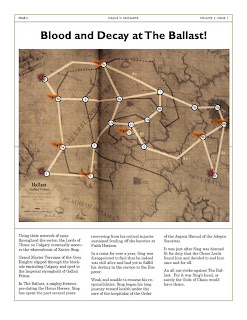 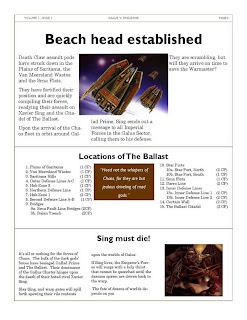 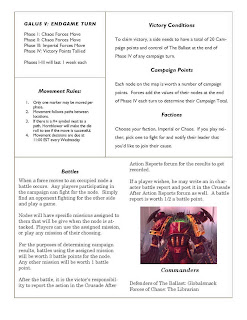 If you're in Michigan, or any of the other areas covered by the 40k Fight Club, and you are interested in joining the fight for The Galus Sector, register now at 40K Fight Club!
Posted by Rhellion at 1:01 PM