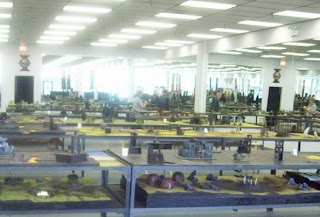 At least I am hoping this is a list to beat, because I am planning on taking it next weekend. Have a look and let me know what you think. It is nasty, that is for sure, but I'm hoping it also has an answer for everything so long as I don't screw up my chances to use those answers! Scenarios aren't released yet, but this is otherwise my final list unless there are drastic scenarios. I may try to get a game in with it this weekend or next Tuesday, but next Thursday night my models will be packed and I will be driving to Chicago on Friday! If anyone else will be there, shoot me an email.