Last Saturday we got 6 members of the Ordo Fraternitas Chapter of 40K Fight Club, and had a large Imperium vs Tau Empire battle. 3 Tau armies vs 2 Imperial Guard and 1 Space Marine army. 3000 points each, 9000 points per side total. I didn't take notes to write a battle report, because with such a large game and timed turns to keep things moving it would have been very difficult. So please just enjoy the pics! 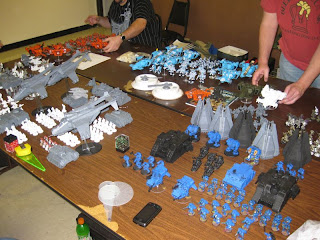 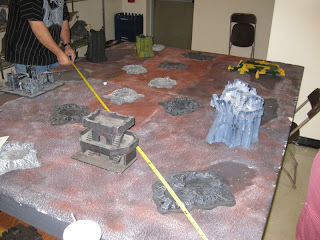 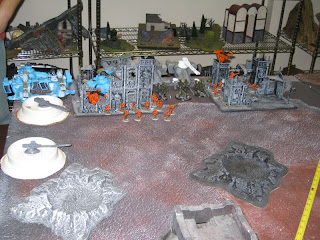 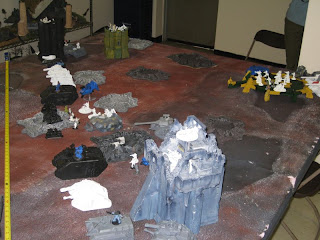 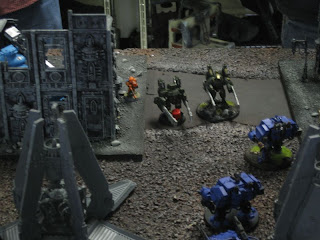 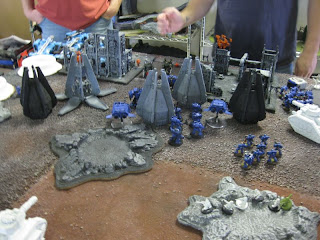 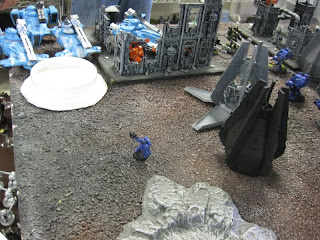 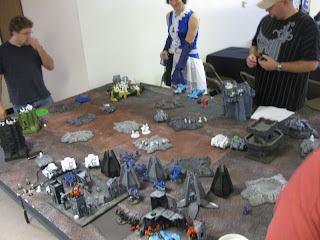 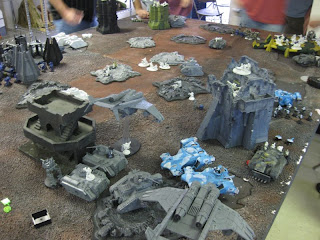 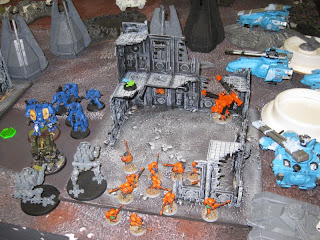 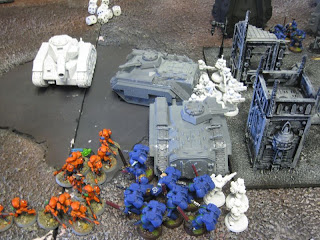 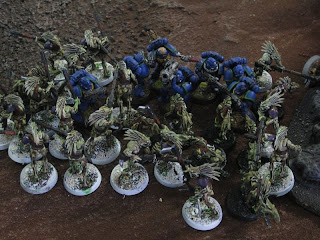 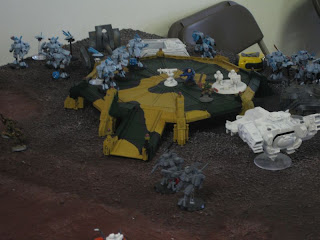 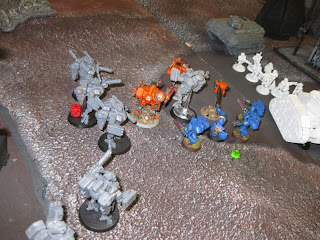 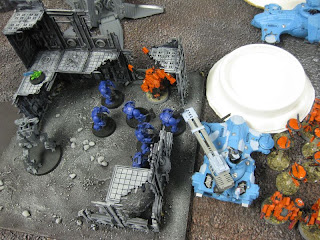 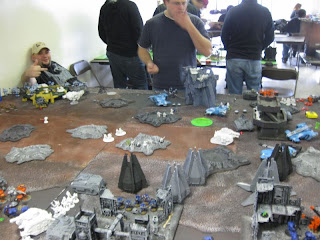 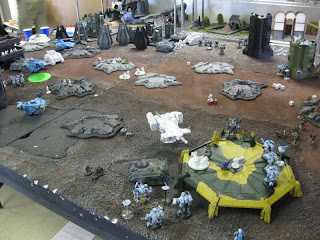 Aaaaand... the Tau were victorious!
Posted by Rhellion at 11:10 PM