The Skaven book is out! I played my first game today, and while I lost in the last turns I found out more about Skaven tactics. I played with a Warp-Lightning Cannon that was awesome in use, but I got home and really wanted to try a HPA. So I looked around what little bits I had, and I found the upper torso of a rat ogre that I just got from Forbino, part of a Cauldron of Blood I got from Globalsmack, some spikes and a tail from an old High Elf Dragon I don't even have the rest of anymore, and a D&D Mini I cannibalized from my roleplaying box!

This is what I came up with. He's on a 50mm x 50mm monster base, and is positioned that the front of the creature is tragging his torso that is on half of a cart. Similar to the art in the book. I used the spikes from the dragon along with the spines already on the Otyugh model. I think I will have to scuplt some green stuff for the first time in my short modeling career, but otherwise I like how he has turned out. I may just change my mind and use this beast in my Tale of 4 Gamers league. 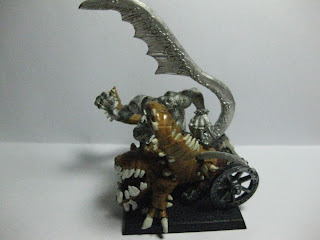 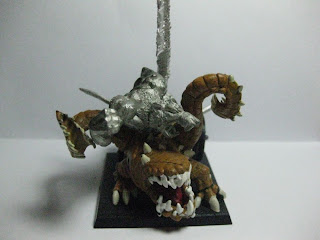 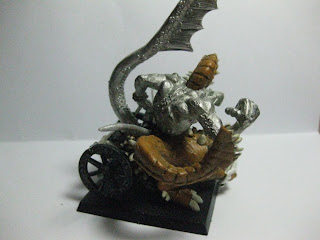 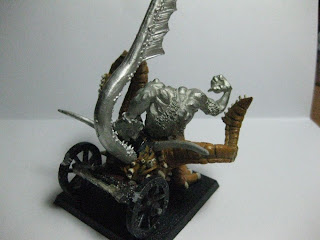