My Planetstrike game this Tuesday got postponed, so Paul (The Tao of Tau) and I played a 500 point skirmish. The battle turned out to be a Annihilation, with Spearhead deployment. 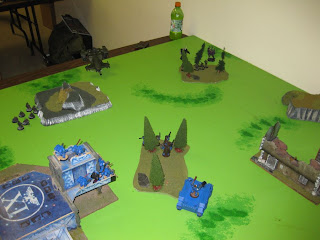 I set up first, and deployed my Scouts forward into the woods. Paul deployed his Pathfinders to my flank. He rolled to sieze the initiative and failed, so I took my first turn. 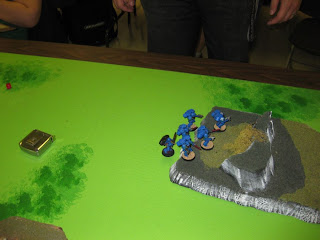 And took out his Pathfinders with my Assault Squad. 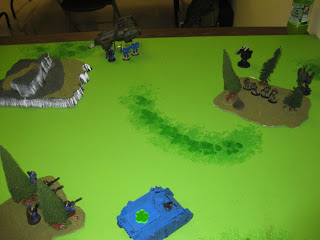 Tau turn 1 has the transport and drones move forward and take out the majority of my Assault Squad. I responded my Assaulting and Shaking it, as my Rhino moved forward and blew smoke. 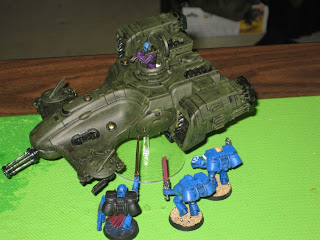 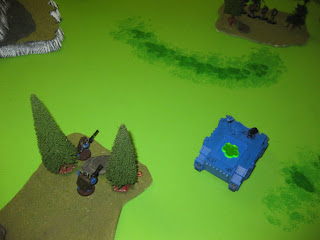 Still protected in the Rhino, the Tau start picking off Scouts. They don't have Camo Cloaks, but they are protected in normal cover. 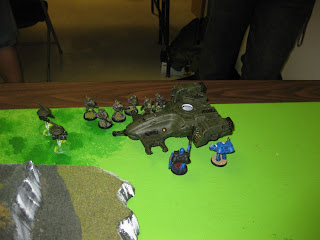 The next Tau turn, the Sergeant and Captain are left and blow the transport. In my following turn, the Captain leaves the Assault Squad (what is left of it) to attack the squad while the Sergeant goes after the drones. 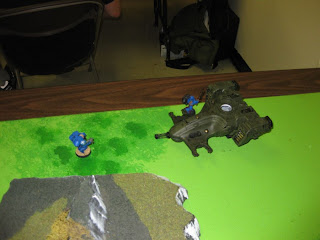 And they leave no Tau left. 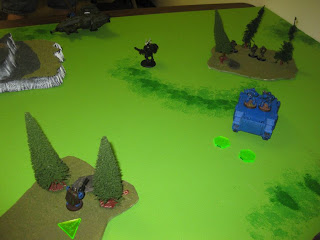 The sergeant is gunned down while the Captain remains in cover behind the wreck. The Rhino moves forward but is immobilized and stunned. The Scouts are almost destroyed, but they go to ground and their sergeant survives. Next turn the Tactical Squad disembarks, going after the Tau Commander, and the Rhino repairs. 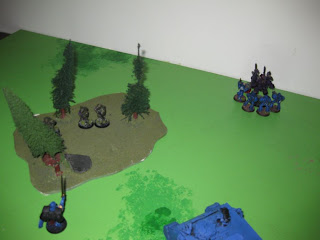 The Tactical is able to take out the Commander, while my Captain jumps to the other side of the woods preparing to assault. He doesn't get to, because I tank shock into the woods to drive out the Tau, and they break and run off the board. With no Tau left, the game ends.
Posted by Rhellion at 4:56 PM