Saturday I played in my first ever Malifaux event, a 35ss Scrap with shared strategies. It was meant to be the League season end event, though out of the 16 or so players that participated in the League in some form, only 2 showed up. In the end we had 9 players in the tournament for a disappointing turnout, but a good time regardless. I brought my Perdita crew even though I had only ever finished 2 complete games of Malifaux. I went 0-2 in two games that were both close to going wither way, against 2 crews I hadn't played before. I didn't get to play a third opponent because of a third round bye.

I did win best painted though. There were 3 fully painted armies done at about equal levels. I was the only one with a display board and fully painted / flocked bases. The details gave me the edge in the end, I believe. 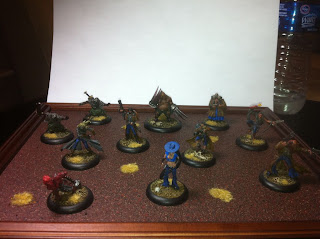 My Perdita crew, ready for the tournament. 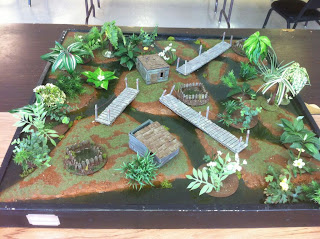 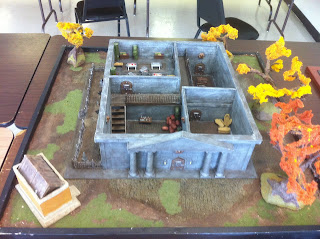 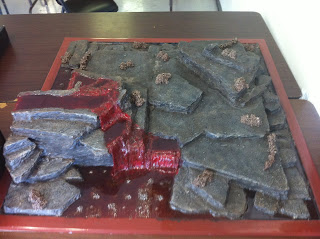 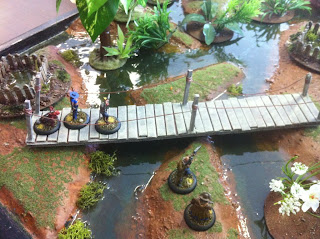 My first game on the Bayou. 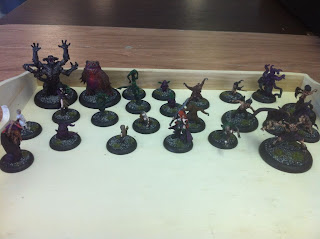 My first opponent. Against me he played The Dreamer. 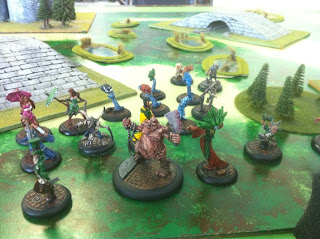 The other painted army at the tournament. 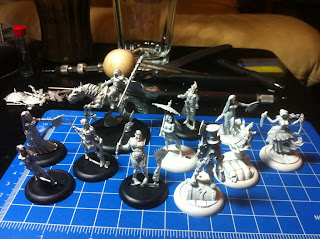 After the tournament I won a Dead Rider, and started a Seamus crew as my next crew.
Posted by Rhellion at 7:29 AM