The Rampage is a 3000 point (No Grand Army) tournament that has no comp restrictions. This means by taking away my Plague Furnace and Priest I had a lot of points to fill and lots of new units to paint. I have 20 Gutter Runners to paint, 3 new Skirmish movement trays to make from scratch, my new display board to update (planning to add an above ground display on the top), a Plagueclaw Catapult to paint, and if there is time 2 new Hellpit Abominations to paint! 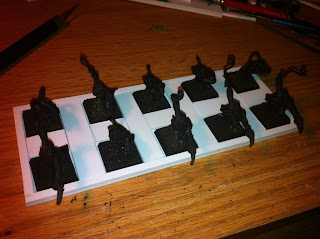 The new skirmish movement trays are built from plasticard, measured to ensure the
.5" gap between Gutter Runners. 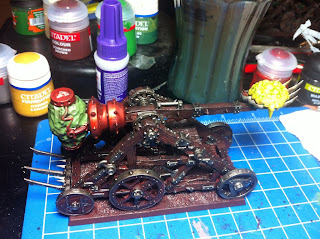 New Plagueclaw Catapult basecoated and washed. A bit more work to do. 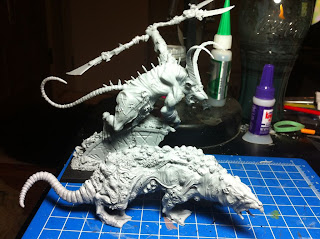 New Forgeworld resin goodness that will be used as Abominations in the list if painted in time.
Posted by Rhellion at 8:39 AM