I was burned out on blogging for a while. I figure I may as well try again. I'll do my best to keep it casual so that I actually keep up on it long term. In the time I was gone I went to Screw City GT and got top 10. It was a fun event. I also went to Freshcoast 40k's Foodhammer charity event last weekend and won the Fantasy event. It is a pretty cool trophy.

I've also started a Vampire project. More coming soon as I delve into another new army. The plan is to play them on the tournament scene next year, starting with the 2013 Great Lakes Warhammer League.

I wanted to build a cavalry combat army, which was the exact opposite of what I am used to with my Skaven. The 4 main characters of the army are a Vampire Lord, 2 Vampires, and a Wight King. All the characters are conversion, but most of the infantry will be as-is. I have a couple more conversion ideas, and will add and update as models are assembled.

First, I picked up a new Wight King on foot, and wanted to mount him on a Black Knight horse. I had to chop him up and position his cape to go over the horse. 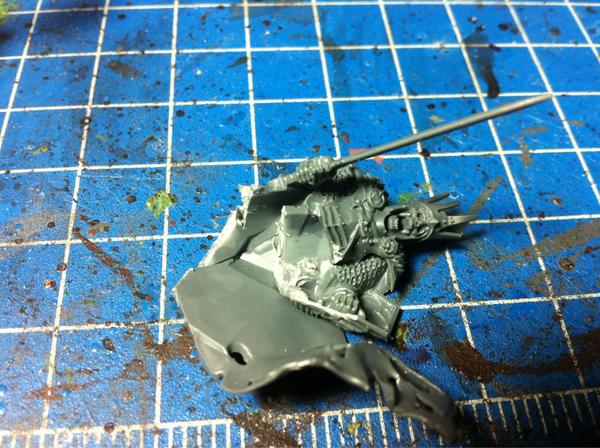 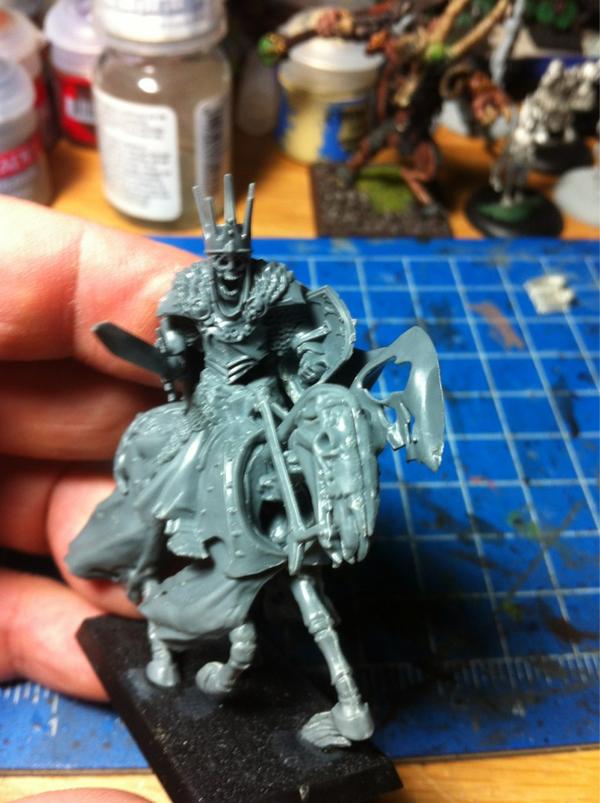 After some greenstuff on the torso he was good to go. 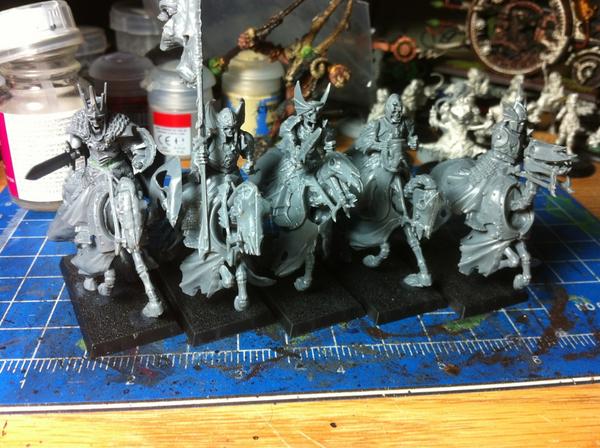 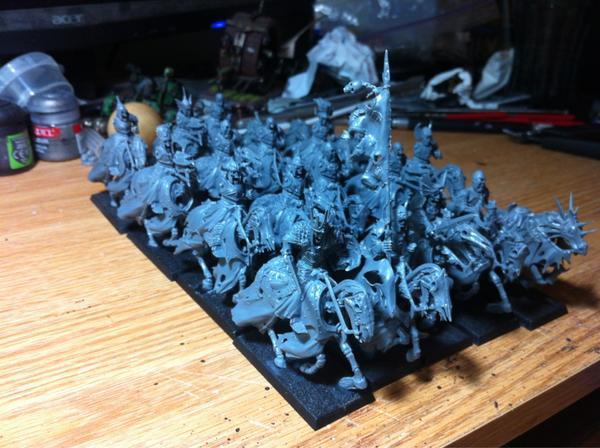