The 2010 Fall Classic is over, and my Skaven stand on the top of the pile. I won the Tournament Championship, and received a sweet sword and plaque! But you don't care what I won, so lets get into my army and my games... 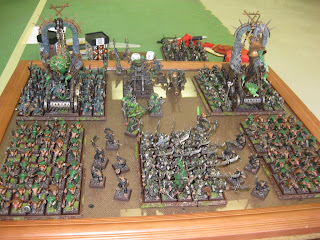 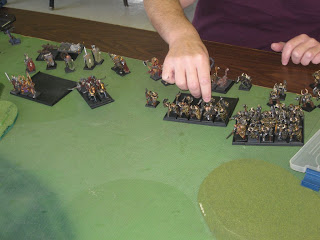 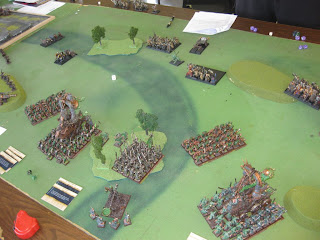 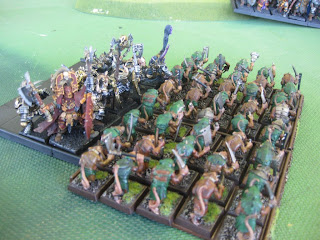 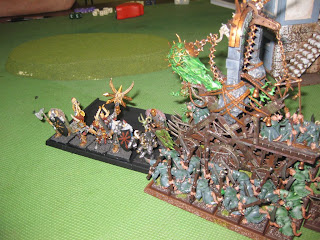 Chaos Lord, tzeentch, berserker sword, talisman of preservation, potion of speed
Chaos Lord, tzeentch, sword of swift slaying, talisman of endurance
Exalted Hero, bsb, axe of khorne, favour of the gods
Sorcerer, lvl 2 tzeentch, infernal puppet (rolled Gateway and Call to Glory)
16 Chaos Warriors, khorne, halberd, shield, command
17 Chaos Warriors, khorne, halberd, shield, command
18 Chosen, khorne, helberd, shield, command (rolled double 6!)
5 Chaos Hounds
Chaos Chariot
Chaos Warshrine
Chaos Spawn
Chaos Spawn
I decided to sit back right from the start of this game and pepper my opponent with magic and shooting before trying to engage. I definitely had the advantage in that department. The Blood and Glory scenario was modified so that you did not break and end the game, but if you broke you gave up an extra 500 victory points. Plague on the first 2 turns bounced and killed 15 and 8 armored Chaos Warriors. My opponent deployed his Chosen on my flank and I avoided them, and redirected and fled from their charges, so that late in the game I could flank charge them with the full strength Plague Furnace unit. On the opposite flank I used my Gutter Runners to protect my war machines and to set up in front of the Hounds, Spawn, and Chariot on that flank. The chariot broke through and eventually took out the WLC at the very end of the game, but the Gutter Runners took out all the rest.
In the middle of the board, shooting and magic ruled the game. The Plagueclaw didn't do much, but the mortars were on fire, and decimated units so that I finally cast the 13th spell on the 4th turn and took out a full (remainder) unit of Warriors that included the BSB and broke my opponent for the bonus points. It was another unit he had rolled double 6's on a second time, so he had 2 stubborn 4+ ward units... so I was glad to see it transformed into Clan Rats. I scored a perfect 20 points.

Game 2 vs Warriors of Chaos, table 2 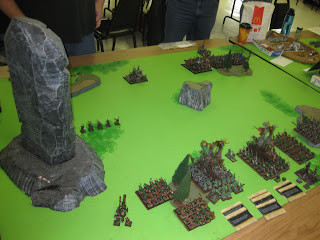 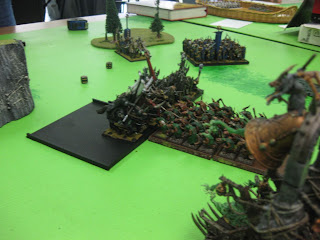 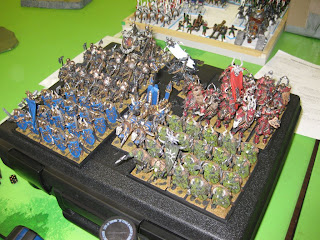 I played Brandon AGAIN in a tournament. He and I have played a few times against each other, and I have had his army's number every time. His army:

Tzeentch Lord
Mounted BSB
Level 1 Fire Sorcerer with Third Eye
20 Tzeentch Warriors
20 Nurgle Warriors
10 Slaanesh Marauders
9 Khorne Knights
Tzeentch Warshrine
Hellcannon
The game was pretty brutal for Brandon. My dice were on fire and his were crap. Again I scouted my Gutter Runners to protect my war machines on the flank, but I also used them to deny the Marauder's vanguard move by deploying in front of them. The 3 units kept each other busy all game. Otherwise, the Dawn Attack mission deployed the majority of my army in the center, and the majority of his army other than his Hellcannon to my right.

Because his army was far away, I sent my Slaves forward to intercept them, and starting shooting! First turn, first shot, dead Hellcannon as it takes 6 wounds from the WLC. After my Slaves took the charge from the Knights and Nurgle Warriors, they held steadfast long enough for my Plague Furnace to flank into the Knights, and continue to mow through the Warriors of Chaos. 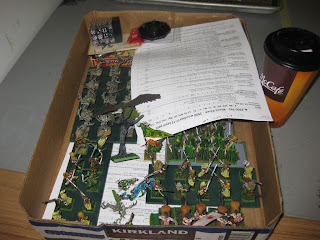 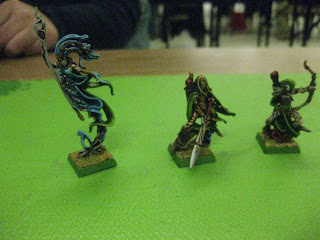 Table 1 was also two players with undefeated records, so I was on table two vs Kevin who had also played 2 perfect games with his Wood Elves vs Empire and Orcs. His list was thus:

The final mission was Battleline, but had a special rule that any instant kill spell allowed the magic resistance ward save to be taken if one was available... but if an entire unit was detroyed (gateway, 13th) then no save could be taken.

I set up right away in front of his Great Eagle with my scouting Gutter Runners. Great Eagles are always high target priority for me. Otherwise I stayed mainly in the center with my Bell and Slaves, and waited to set up my Furnace opposite of the Treekin.

First turn, I was able to plink down the Eagle with the two units of Gutter Runners. Also first turn, Plague bounces FOUR TIMES through five units of the Wood Elves. HOT dice. I strafed back on further turns and peppered the Wood Elves with Gutter Runners and war machines, waiting until the last second to engage. Later my Bell unit got hit by Dwellers, but the Grey Seer passed and the scenario rule saved about 8 of 18 possible casualties. I did lose my BSB to the accursed spell. But that also meant the same caster would be in range of the Dreaded 13th Spell the next turn, and I rolled Irresistible Force on 6 dice to cast and morph the Spellweaver into a Clan Rat along with her remaining 7 Glade Guard.


The perfect games along with decent comp (9/15), good painting (10/15), and I assume good sports scores combined with my 60/60 battle points for the Tournament Championship win. Thanks to Jason and Brian for a great tournament! 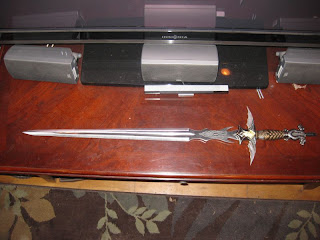