It's the week of Blood in the Sun II and I have been playing all of my hobby games EXCEPT Warhammer. Well that's not entirely true, I did play a close game last Saturday losing to Light Slaan Lizardmen 11-9. So what else have I been doing? Malifaux and Warmahordes, of course.

The Warmachine Steamroller League is in full swing, and I am sitting at an unlikely 2-2 which I am very happy with. I have also picked up a few more models, my favorite of which was a Rök conversion kit, and an oop metal Dire Troll which I used to convert Rök. Much better than the plastic version, imo: 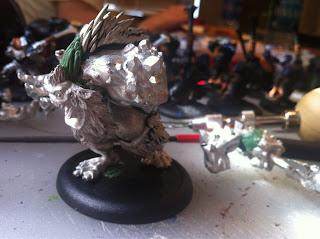 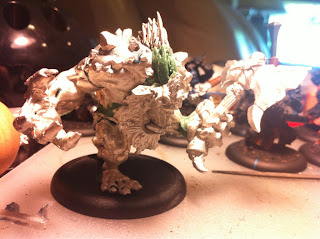 I then spent a LOT of time this week trying to reboot Malifaux at our house. I spent time cleaning the computer / gaming room and making room for another 3x3 Malifaux / Terraclips setup. I wanted to make the board different and more intriguing this time, and added a second street level with supports, and a 3 story house with basement access from the ground level. I thought it was a cool idea, and it turned out very well: 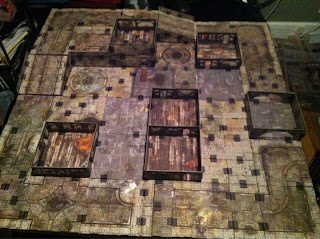 Here is the ground floor, and basic framework. It took a while to line up the streets. 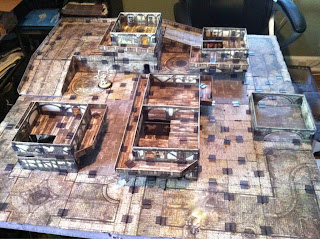 The second tier starts to show all of the balconies which will make the games much more interesting.
Lord Chomppy Bits for scale reference (on a 50mm round base) 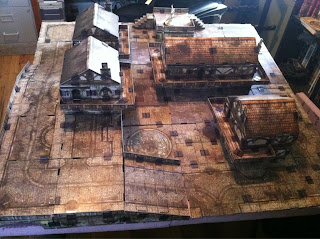 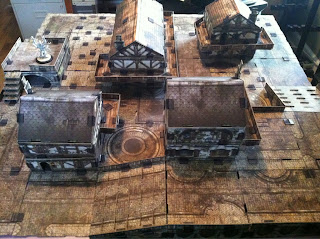 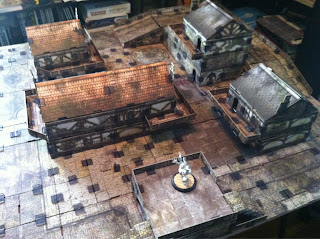 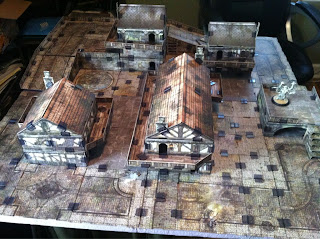 Combined I used 2 Buildings kits and 1 Streets kit from Terraclips, with 3 boxes of clips (and every single L-clip I had). The roofs and chimneys really finish off the look, which my previous table did not have. We are in the middle of the first game for the Malifaux Summer Campaign on the table and so far the layout has been very cool. We are already fighting in the buildings, n the elevations, and making good use of the cover.

I am currently on the ropes with my Seamus crew (Seamus, Avatar, 3 Belles, Sybell, Dead Rider) vs Andrea's Arcanists (Rasputina, Essence of Power, 2 Silent Ones, Kaeris, 3 Fire Gamin) but Seamus is about to transform and the Dead Rider is about to flank! We'll see how it turns out.

Also, I've been working on finishing up the Kirai crew. Picked up a few more models and pinned them this weekend. 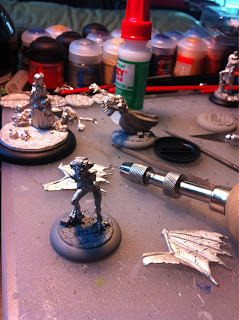 This weekend is BITSII. Keep an eye on Twitter for updates, and I will be posting a report upon my return!