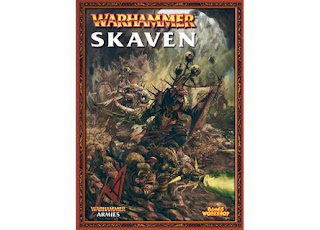 Big news today as the Ogres get their FAQ. But in even bigger news, the Skaven get a large FAQ update! Lets take a look.


Page 43 – Ringing the Bell, result 11-12
Change the second sentence to “All models on the battlefield
with Toughness 7 or more immediately take a Wound with the
Multiple Wounds (D3) special rule.”

Q: If a unit has its Toughness increased to 7 or more, does the
Deafening Peals hit every model in the unit? Are saves allowed
against Wounds caused by these hits? (p43)
A: Yes to both questions.

Interesting clarification so that now every model buffed by Stoneskin to T7 will take a wound within the unit, and it will single out characters with as single wound that multiplies to D3 after saves.


Page 59 – Life is Cheap
Change to “Poisoned Wind Globadiers and Bombadiers are
allowed to fire into combat. Providing they are not in base
contact with a foe, they can target any enemy unit within range
and line of sight, even if that unit is engaged in close combat.
All successful hits from poison wind globes must be
randomised between the fighting units (1-3 friend, 4-6 foe). If
there are multiple friendly or enemy units, further randomise to
determine exactly which one is struck. When throwing a death
globe do not randomise hits, the models underneath the
template are hit.”

They brought back randomization for shooting into combat for Globadiers that I never use. But more importantly, will they now bring it back for Slaves? I say no, but I guess we will wait and see.


Q: Does a disrupted unit with the Strength In Numbers special
rule get to add its rank bonus to its Leadership? (p33)
A: No.
Q: Is the Leadership bonus from Strength in Numbers limited to
a maximum of 3? (p33)
A: Yes.

I didn't know that we needed an FAQ for this, but clarification is always good.


Q: If a character joins a unit of Skavenslaves, can you still shoot at
enemy units in combat with the Skavenslave unit? (p36)
A: No.

This is a big clarification, as I was on the other side of the argument.

Another big change I was on the other side of. Will definitely lower the chances I bring a Screaming Bell to the table.

Crack's Call wasn't, then was, then wasn't and now is a template again. Characters will get Look Out Sir, but ridden monsters will also be testing on each part, rather than a low initiative monster using his high initiative character's initiative.


Q: If a shot from a Warp Lightning Cannon does not kill a
Monstrous Infantry/Beast/Cavalry or Monster model does that shot
stop? (p68)
A: No. All models are still hit.

This is a huge clarification that I argued based on wording, and feels good to get after the other changes that make the Skaven a bit weaker.

Those are the main points that effect the way I play my Skaven! Go read up on the other changes and get ready for your next tournament!!!
Posted by Rhellion at 8:35 AM